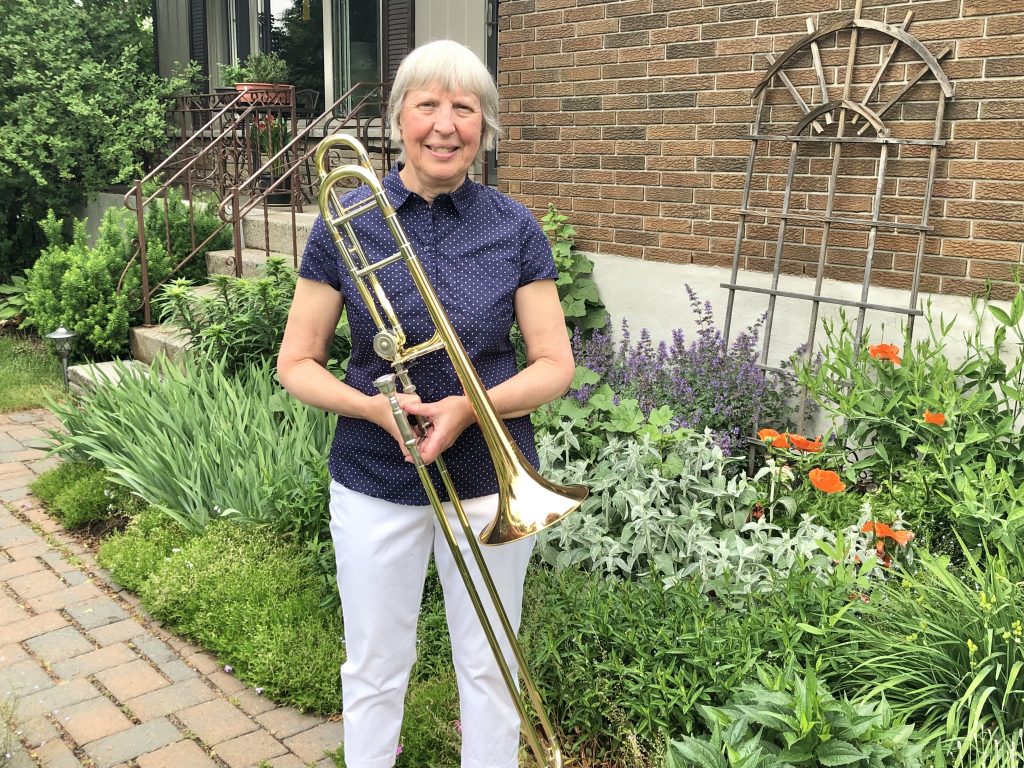 “A graduate of Lasalle Secondary School, Charlotte Leonard was a member of numerous musical ensembles under the direction of Joan Mantle,” said Ralph McIntosh, Chair of the Joan Mantle Music Trust Steering Committee. “It’s so fitting that Charlotte pursued a similar career. She has had a tremendous impact on local music education over the years.”

As a university instructor, she taught a number of current and former music teachers from Rainbow Schools as well as other local school boards. She has been awarded several Certificates of Appreciation from Laurentian’s Centre for Academic Excellence for her work with students.

“Dr. Leonard played a crucial role in my transition from a working musician to that of an educator,” said Peter Nelson of Manitoulin Secondary School. “I remember her as knowledgeable, kind, and patient, with an optimistic disposition. As an adult returning to university, she was a human connection in a daunting institution.”

Charlotte Leonard has been a volunteer performer with the Sudbury Symphony Orchestra (SSO) since 1980, receiving an Ontario Volunteer Service Award in 2014 for her many years of continued service. She has served at various times on the Symphony Board, Principal Players Committee, and Fundraising Committee, as well as the Search Committee for a new music director. As a Symphony Board member, Charlotte was instrumental in organizing a fundraising campaign to present the closing concert of the 2017-2018 season. She is also a principal organizer of the first SSO “Symphony Crawl” in downtown Sudbury.

About the Joan Mantle Music Trust

The Joan Mantle Music Trust was established in the fall of 2008 to help refresh, modernize and revitalize school music programs in the Rainbow District School Board. The Trust allocates funding for musical instruments and equipment to selected schools on a rotating basis. The Trust also accepts the donation of new and used musical instruments and allocates them to schools in need. This ensures that there is an ongoing improvement in the condition of musical equipment throughout the Board, allowing for students to achieve more in their musical studies together.

Donations to the Joan Mantle Music Trust are always welcome. Cheques should be made payable to Rainbow District School Board. Receipts will be provided for all donations of $25 or more.