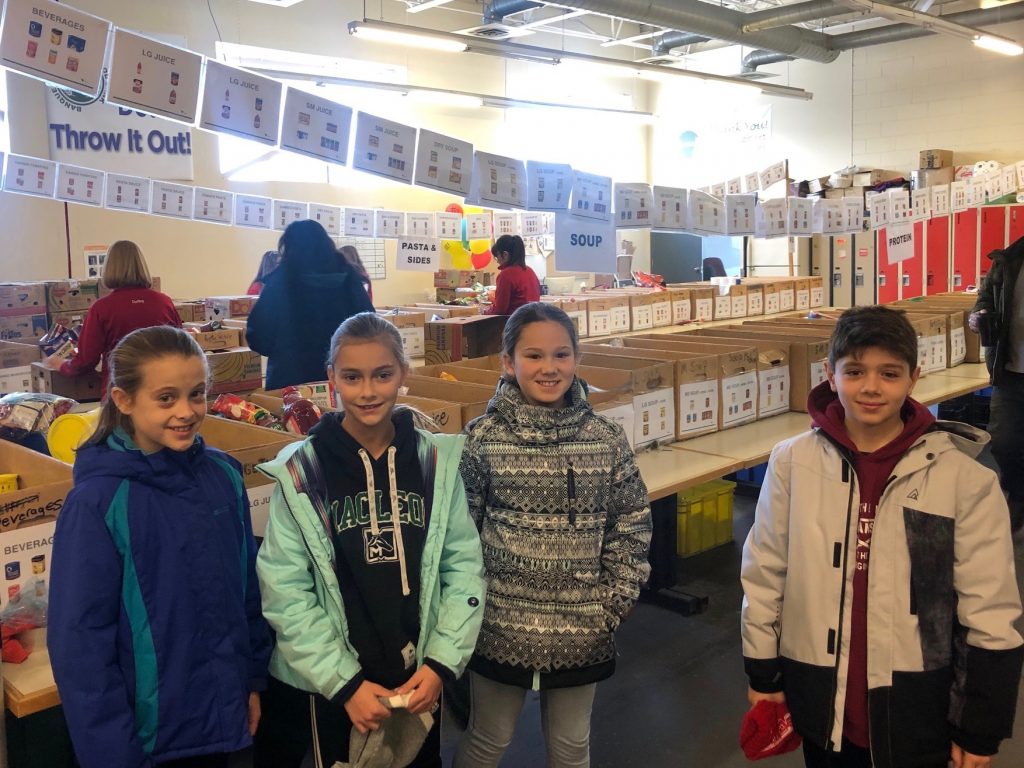 From spirit days and festive concerts, to bake sales and community canvasses, Rainbow Schools took every possible opportunity to bring in one more can.

“Year after year, students and staff work tirelessly to support individuals and families in the communities that we serve,” said Rainbow District School Board Director of Education, Norm Blaseg. “They truly exemplify the meaning of touching hearts.”

“We extend our sincere gratitude to the families and local residents who gave so generously,” said Director Blaseg. “This was a true community effort in Sudbury, Espanola and Manitoulin Island. We thank everyone who made this year’s food drive a tremendous success.”

He added: “The food collected will go to all the food banks in the jurisdictions served by the Board, benefiting students and families in all of our school communities.”