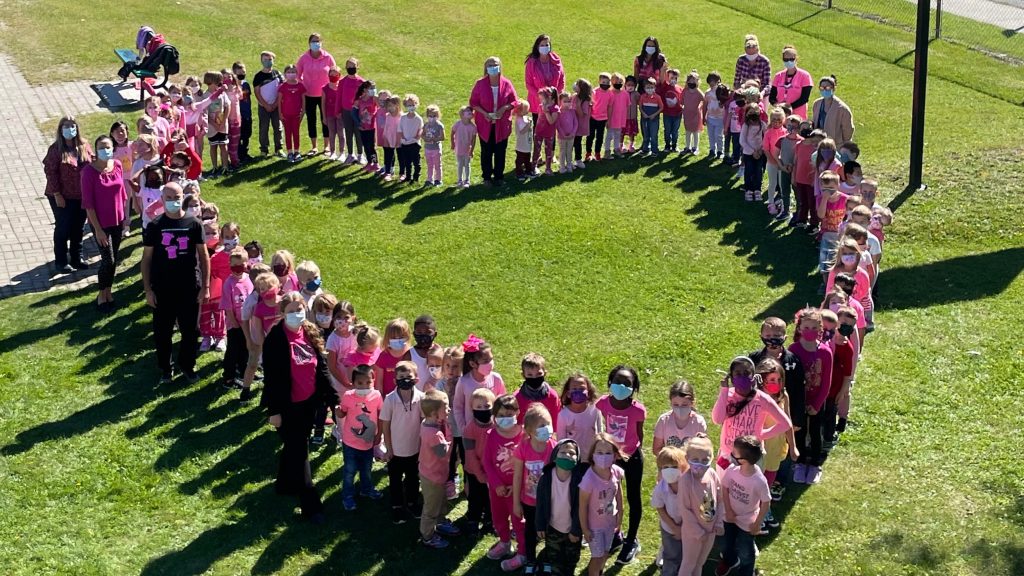 Staff and students in Rainbow Schools will wear pink on Thursday, September 15, 2022 as Rainbow District School Board marks a milestone with this back-to-school tradition.

“It’s been 15 years since we have recognized Stand Up Against Bullying Day at the start of the school year,” said Rainbow District School Board Chair Bob Clement. “Wearing pink has become a tangible symbol of our collective commitment to safe schools.”

He added: “In Rainbow Schools, we not only instill in students the skills they need to become independent, we also build responsible and respectful citizens who care about each other and the world in which they live.”

“When students feel safe and supported, in warm and welcoming learning environments, they gain a sense of belonging at school,” said Director of Education Bruce Bourget. “Belonging is fundamental to wellbeing which is fundamental to student success.”

“When we all wear pink, it sends a positive message that the entire community values safe and inclusive schools,” he said. “It shows students that there is a strong circle of care supporting them in Sudbury, Espanola and Manitoulin Island.”

Rainbow District School Board’s commitment to student success is reflected in Strategic Directions through its renewed mission: “Together, we prepare students to become lifelong learners, achieving their full potential as confident, caring members of society.”

“Our values provide the foundation for ongoing character development throughout the school year,” said Director Bourget. “Character development programs and activities in Rainbow Schools complement the Board’s Code of Conduct, which promotes responsibility, respect, civility and academic excellence in a safe learning and teaching environment.”

“Stand Up Against Bullying Day” began in Nova Scotia where secondary school students Travis Price and David Shepherd arranged for dozens of their classmates to wear pink shirts in support of another student who had been bullied for wearing pink. The Province of Nova Scotia subsequently declared the second Thursday at the start of every school year to be “Stand Up Against Bullying Day”.

The actions of these two young men, along with their fellow students who wore pink to school in support of another student, reverberated across Canada and in Rainbow Schools. Rainbow District School Board’s Parent Involvement Committee championed the cause.

Trustees unanimously endorsed the following motion and continue to support and encourage this positive initiative: “That Rainbow District School Board declare the second Thursday of each new school year commencing September 11, 2008 as ‘Stand Up Against Bullying Day’. Further, we encourage all Rainbow students and staff to conduct activities that day to increase awareness and to support action and, to wear something pink to demonstrate their support and commitment to ending bullying in our schools and communities.” 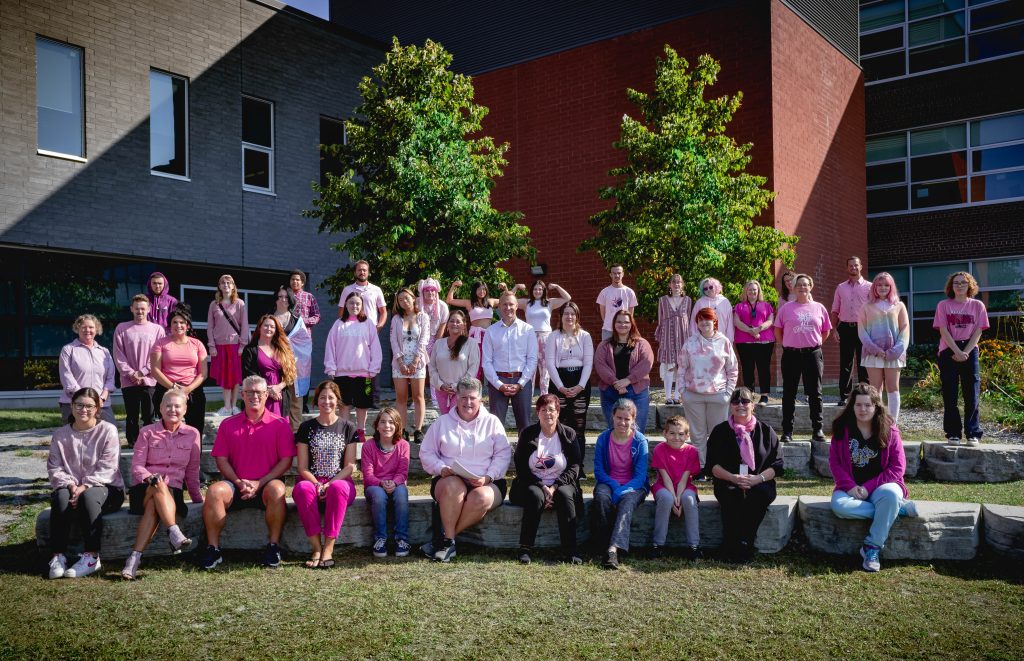 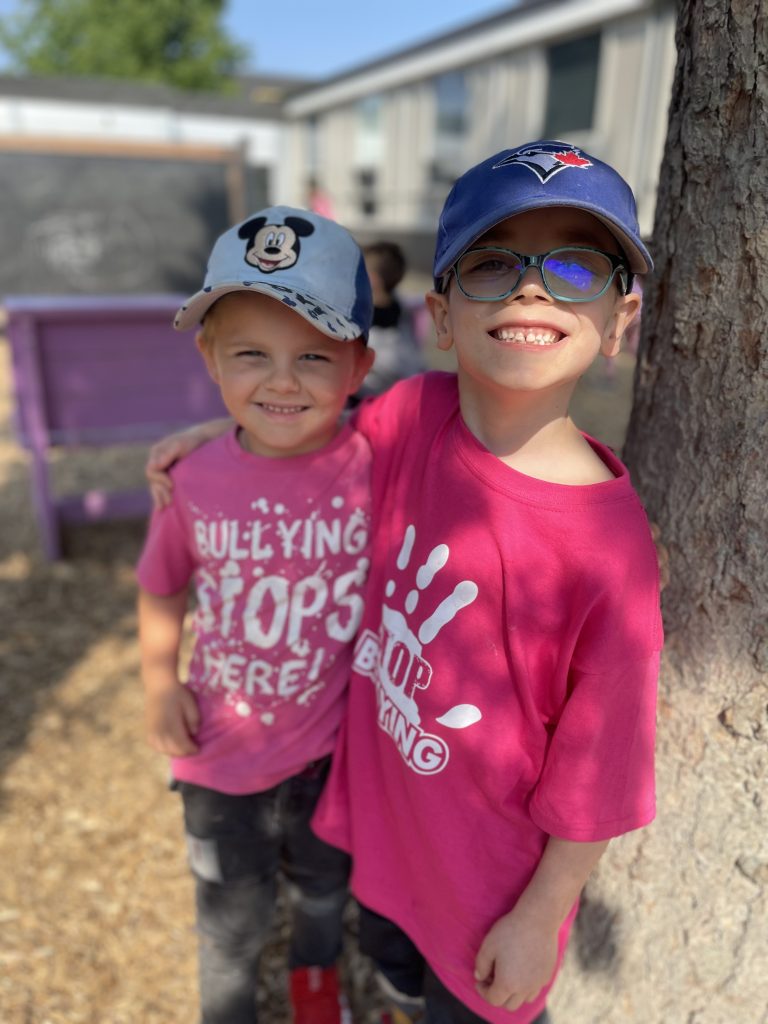 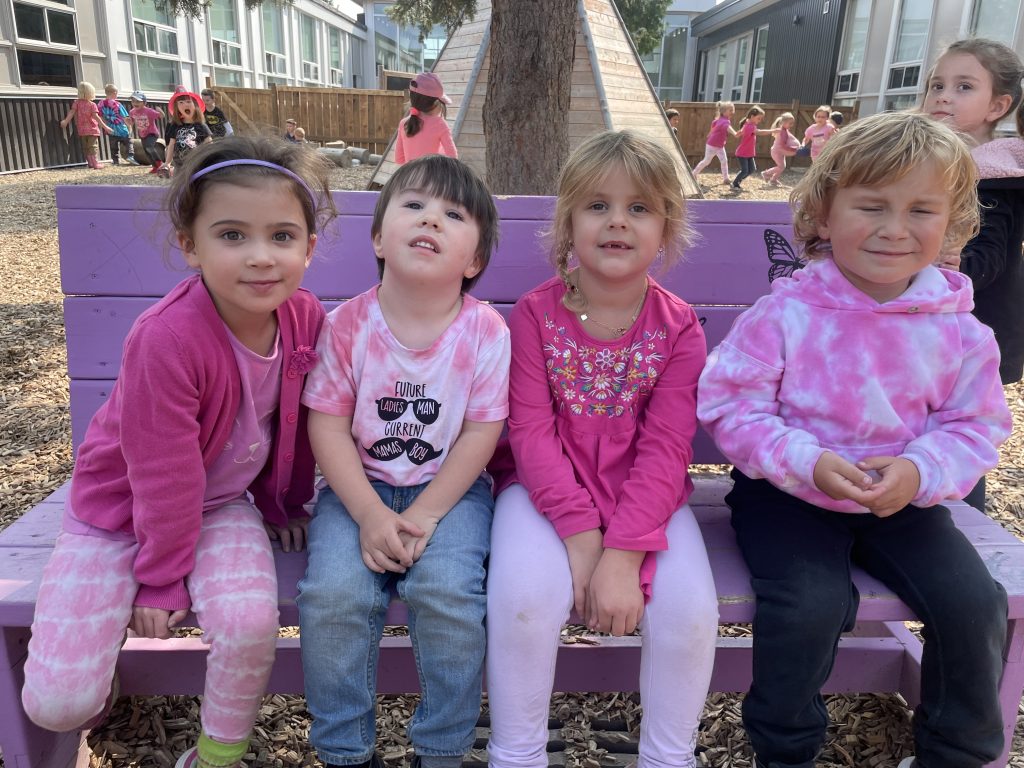 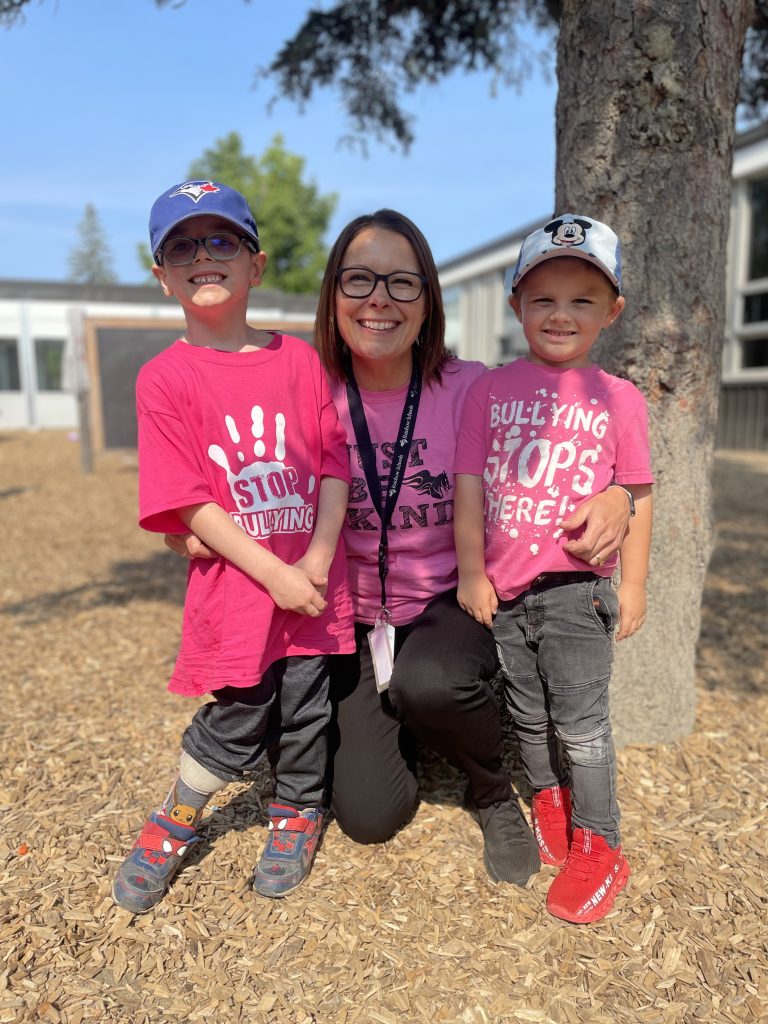 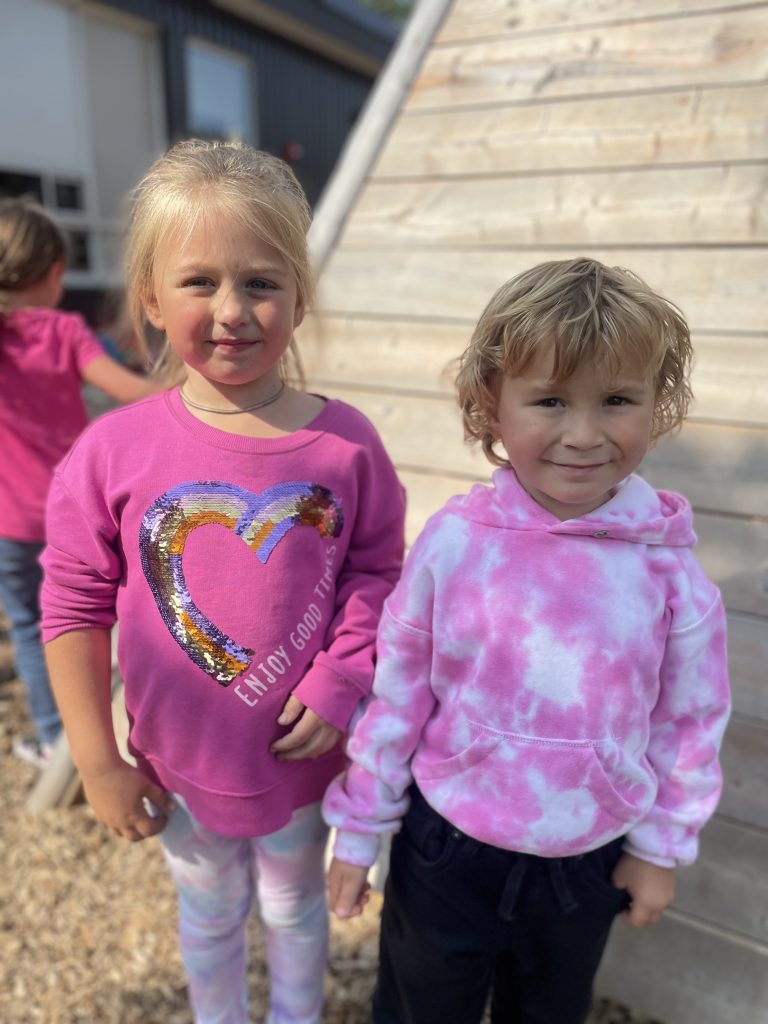 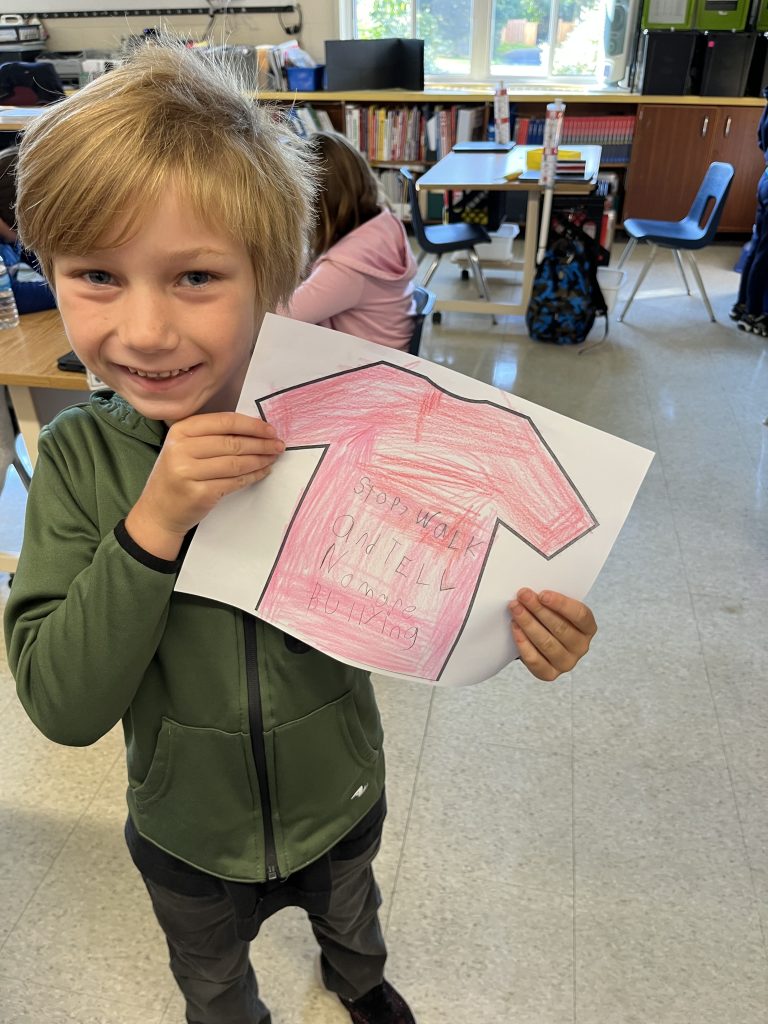 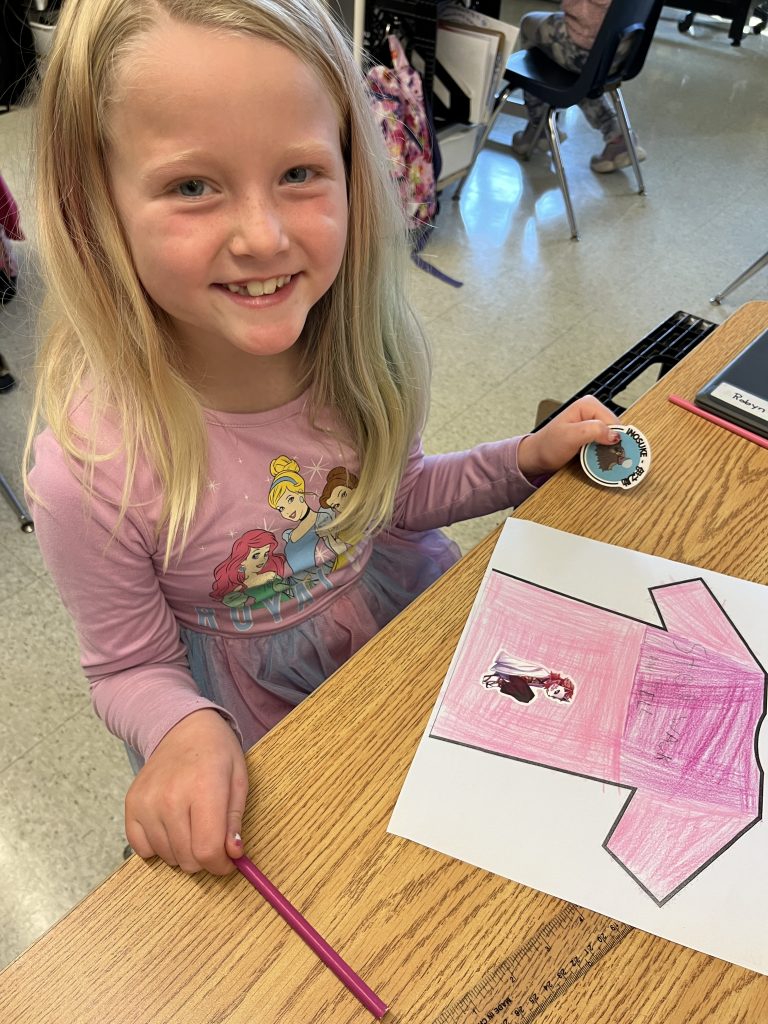 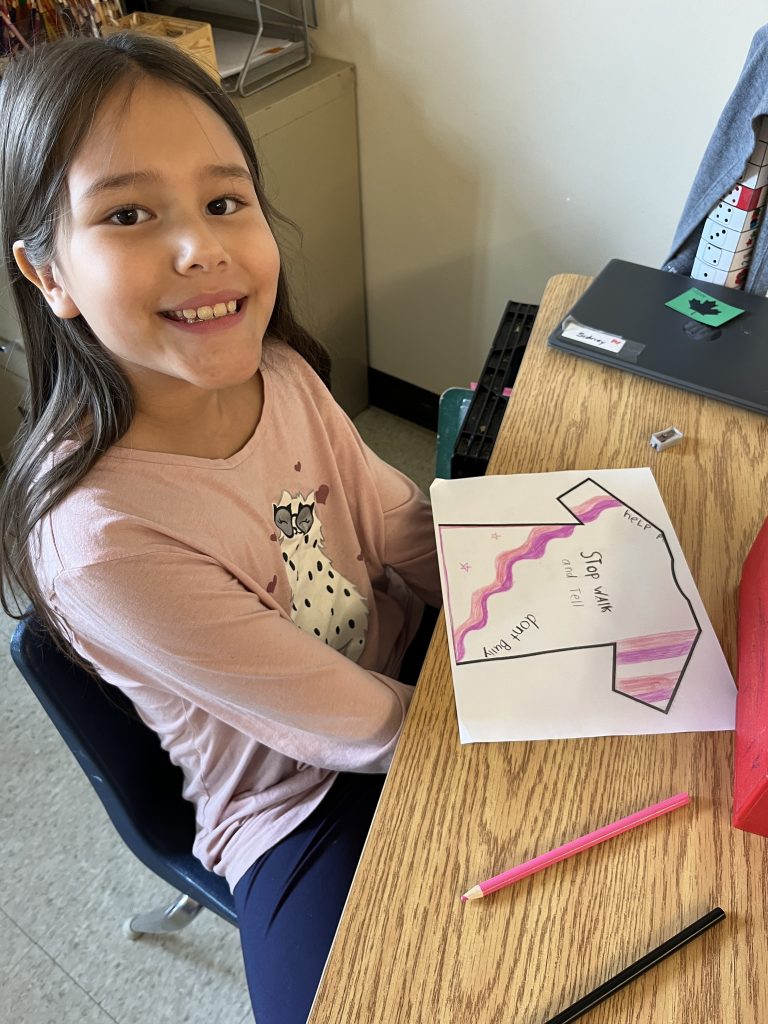 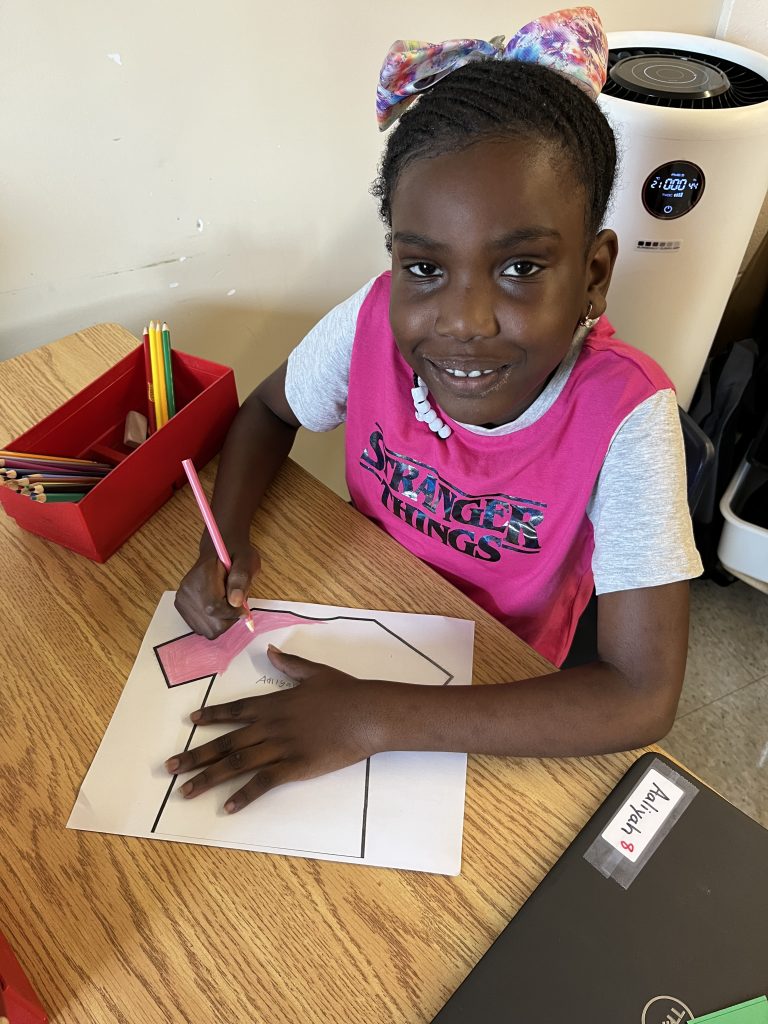 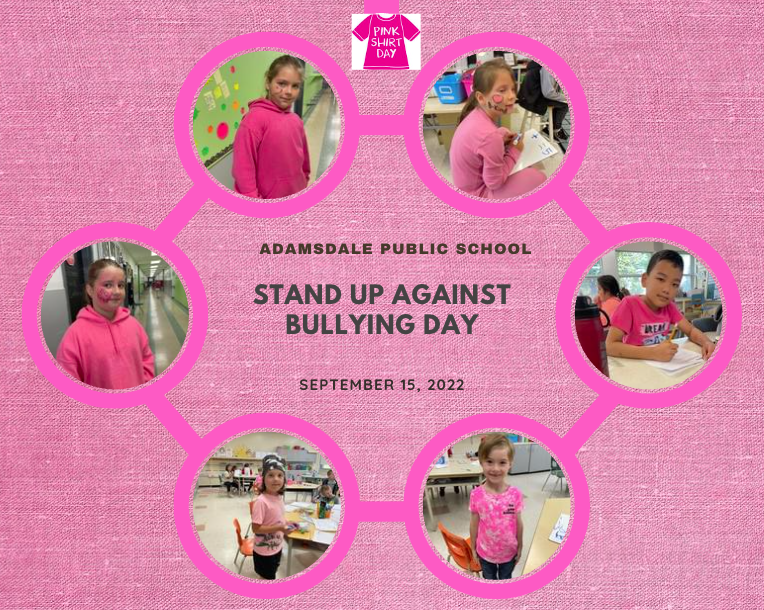 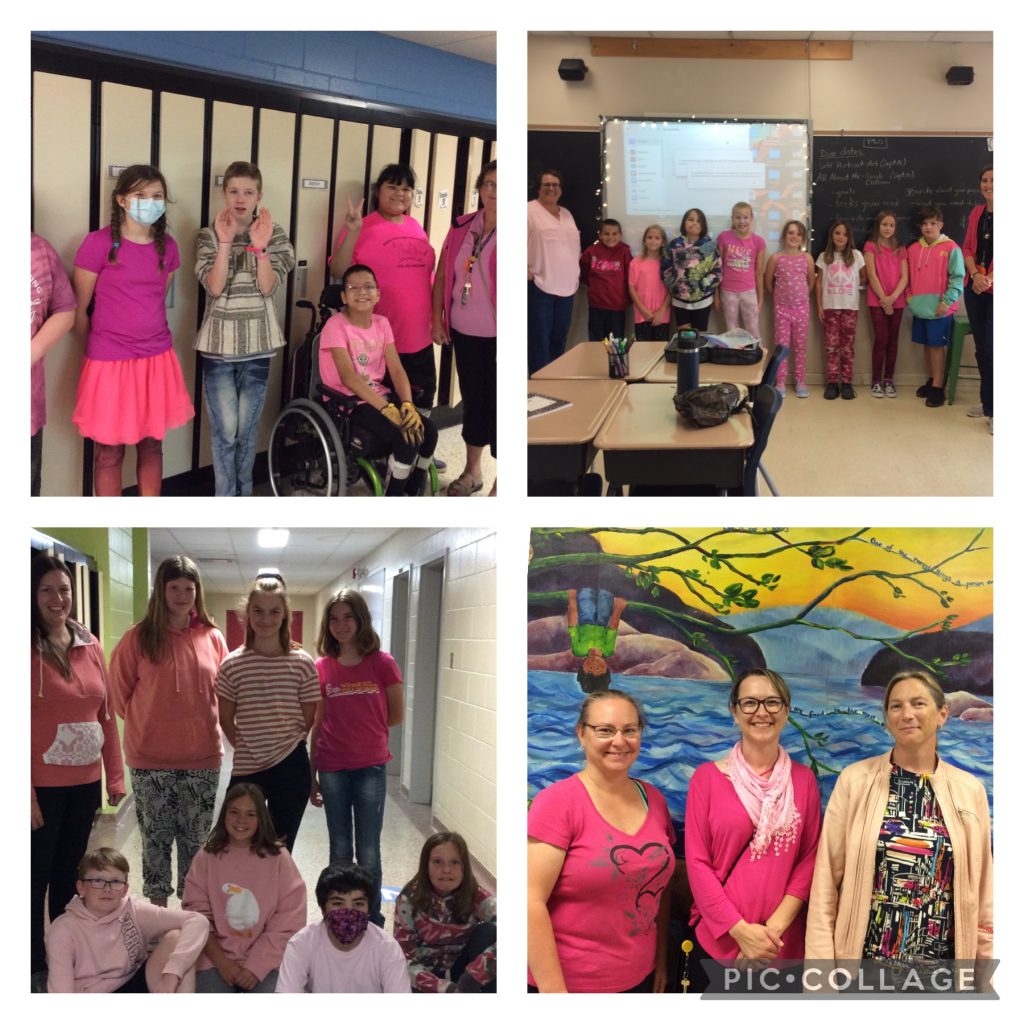