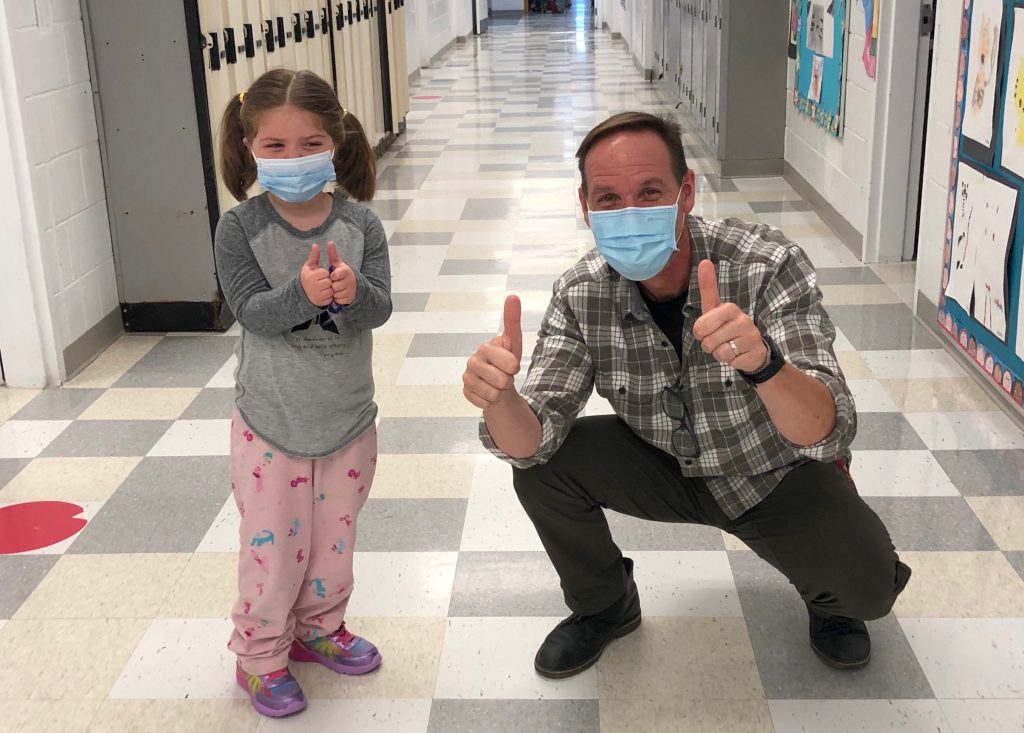 Students in Rainbow Schools are walking and running to support the Terry Fox Foundation and mark its 41st anniversary.

Terry Fox Runs are held annually in communities across the nation to raise funds for cancer research and achieve Terry’s vision – a world without cancer.

Due to the pandemic, physical distancing is encouraged within cohorts and between cohorts while walking/running outside.

Algonquin Road Public School
On Friday, September 24th, Algonquin Road Public School students walked and ran for seven minutes during physical education classes with teacher D’Arcy Young in recognition of the miles that Terry Fox covered during his Marathon of Hope. Students also watched a video about Terry’s lasting legacy. A school-wide fundraiser brought in over $1,700 for the Foundation, including $300 in donations from Kindergarten student Penny Hembruff.

Lansdowne Public School
Lansdowne Public School will host their annual school-wide Terry Fox Run in the school yard on Thursday, October 7th. In the event of inclement weather, the run will take place on Friday, October 8th. Students will also enjoy activities such as videos and read alouds to learn about Terry’s journey and the importance of fundraising for cancer research.

Levack Public School
Levack Public School combined Terry Fox Run Day with Wear Pink Day to celebrate a national hero while learning about the importance of respecting and appreciating others. Teachers and students walked and jogged around the school track in cohorts.

Remote Learning School
Students in Rainbow’s Elementary and Secondary Virtual School are challenged to #TryLikeTerry and log one kilometre each day of the week. Students can submit art or a photo of themselves completing the challenge to be entered into a draw.

Photo: Students in Rainbow Schools are once again walking/running in support of the Terry Fox Foundation with events and fundraising continuing throughout October. Algonquin Road Public School students, with motivation from teacher D’Arcy Young, collected an impressive $1,730 in donations, including $300 from Kindergarten student Penny Hembruff.